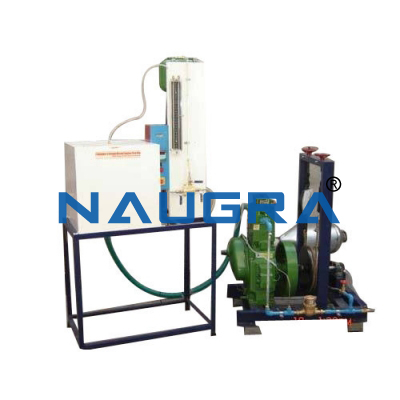 
In conjunction with the test stand, the engine is a complete engine test stand. Major technical modifications have been made to a standard water-cooled single cylinder engine to allow demanding issues in engine technology to be investigated by experiment. The key feature is that the cylinder has been modified so that its height can be adjusted along with that of the cylinder head. This allows the compression ratio to be adjusted over a wide range.

The engine can be operated as an external ignition petrol engine or an auto-ignition diesel engine. The mode of operation can be changed by a few simple conversion steps.

Simulation Of A Gas Turbine