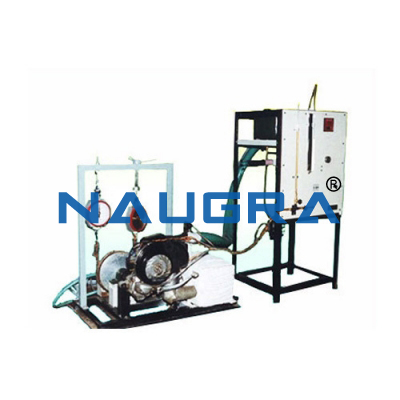 
Two Cylinder Petrol Engine is part of a series of devices enabling experiments to be performed on engines and machines. In conjunction with the test stand, which includes a drive and brake unit, the four-stroke petrol engine is highly suitable for use in teaching the fundamentals of engine functioning and measurement.

The engine used here is an air-cooled two-cylinder four-stroke petrol engine with external carburation. The engine is started by an electric motor mounted in the unit. The brake unit is connected by way of a elastic claw coupling.

Simulation Of A Gas Turbine